Over the last week or so we have been following the scenic Danube cycle path through Southern Germany and into Austria. This is an extremely popular cycle path running from the source of the Danube in Donaueschingen, in the Black Forest, all the way to Vienna, and then onwards to the Black Sea, although after Vienna cyclists have to share the roads with cars. Germany has been a real luxury in that respect, as the last 700km of our tour have almost all been on bike paths. || 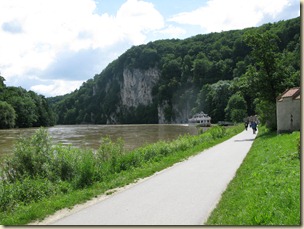 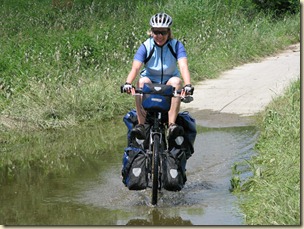 Through Germany, the Danube cycle route runs mainly through fields and small villages, interspersed by quaint towns such as Ingolstadt, Regensburg and Passau. We stopped off for a small ferry ride at Weltenburg, the oldest beer brewery in the world, which has been running for almost 1000 years. All along the bike path there are beer gardens and cafes to tempt the cyclist, as well as many guest houses and campsites. We had a rest day at Passau, the last German town before the Austrian border. The dome in Passau is beautiful, and the whole town had a relaxed feel about it, with countless ferries passing by on the river. We have posted our photos from Germany here. 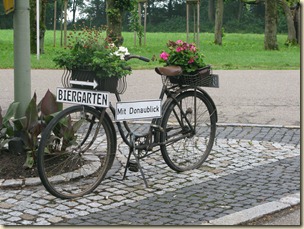 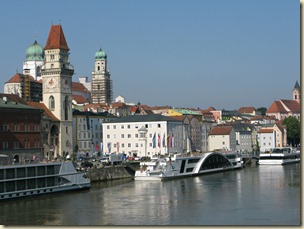 Crossing into Austria brought an immediate change in scenery, as we were passing through thickly forested hills. Here, the cycle path runs right alongside the Danube, winding its way through the hills, while the path itself is nice and flat to cycle on. Instead of bridges, there are many small ferries that take cyclists across the river. Stopping off in Linz, we enjoyed the free Wifi internet connection that is available in the city, and had some Austrian coffee at a pretty café. Today we are planning to visit the Ars Electronica Center, a technology museum. 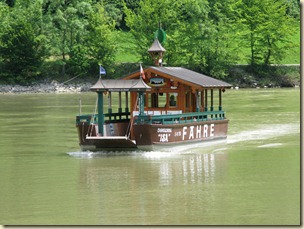 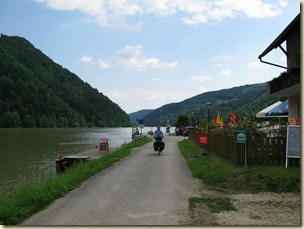 The Danube route has been quite a sociable time for us as we have met many other cyclists. Most are of the older generation and are on a short tour between Ulm or Passau and Vienna, but a few were on bigger tours. We met a French couple in their late 60s, Gabriel and Colette, who were on their way back home after cycling to Romania to raise awareness for blood donation. They gave us many tips, including one that involves getting yourself invited into a Romanian house on a Saturday night, as that is apparently “sauna night” and can be very entertaining!

One memorable encounter was with Paul, who we met at a campsite in Regensburg. He is also in his late 60s and has been cycle touring for the last 50 years or so, whilst working as a science teacher in schools around the world. A wealth of knowledge, he really has been everywhere, including cycling the length of Africa and exploring the Australian outback by bike. At the same campsite we also met David, who is enjoying the end of his year-long trip cycling through Europe and is on his way back to London. 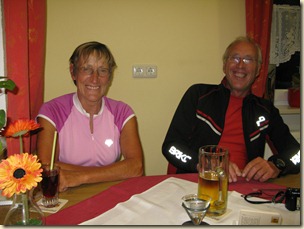 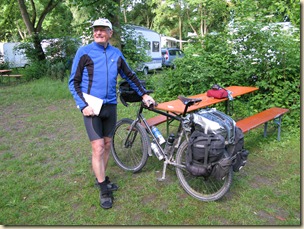 All in all, our time following the Danube has been quite easy so far (there are even inner tube dispensers en route!), and we are only 250km from Vienna. We are really looking forward to it, as Freddie’s family is coming out to visit us there. After Vienna we will be ready for the next, more adventurous section through Slowakia, Hungary, Croatia, Serbia, Romania, Bulgaria and Turkey.