Rejoining the Great Ocean Road, we stopped at some of the numerous rock formations that have been formed by the powerful seas crashing into the coast line. The day we arrived storm clouds formed a menacing backdrop as winds whipped up a huge swell that slammed into the coast with all its destructive might. The surf report for the local spots simply read: “Too big”.||

Until 1990, London Bridge (see image below) was actually connected to the land, forming a natural bridge with two arches. One of the arches had caved in, leaving two people (rumour has it they were having an affair!) stranded on the rock formation for hours before being rescued by helicopter. 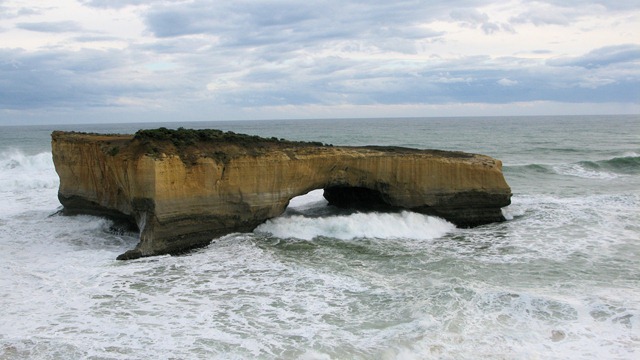 In Port Campbell we took a rainy day off: our last rest day of the trip. The following morning we visited the impressive Loch Ard Gorge, named after the English passenger ship that had been wrecked here in 1878, smashed up on the steep cliffs in heavy fog. It is not without reason that this treacherous coast is now known as the Shipwreck Coast, with over 50 wrecks lining its rugged shores. 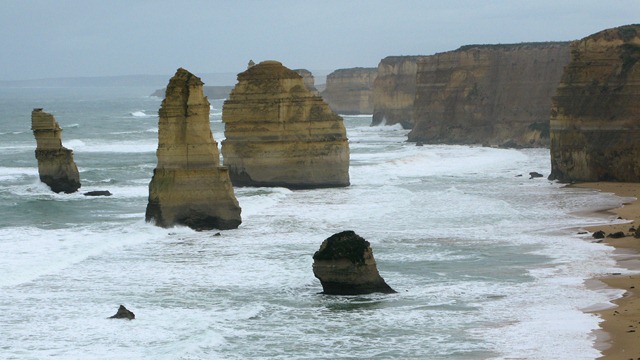 A visit to the 12 Apostles, the most famous landmark of the Great Ocean Road, left us bemused as only 8 of these limestone formations are now left, the most recent apostle having collapsed in 2005. It is still an impressive sight, particularly in windy weather when the metre high waves crash into the cliffs. 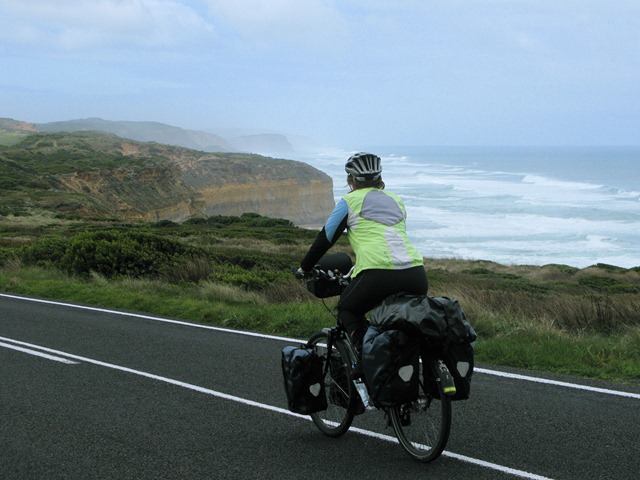 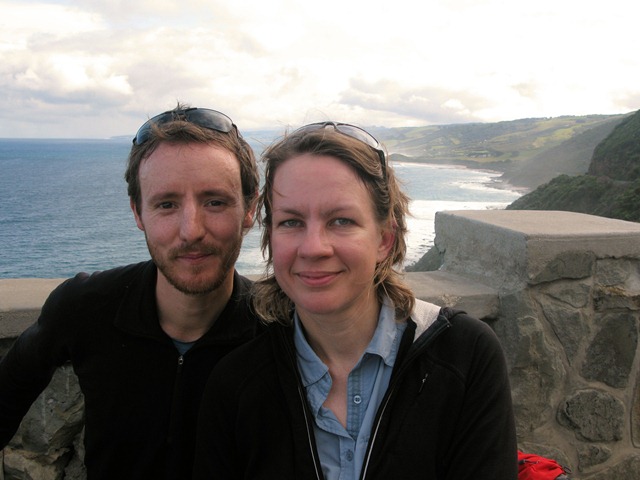 Leaving the coast behind, we prepared for our last big climb of the trip: the 500m ascent into the Otway National Park. The windy road was relatively quiet and wound its way through thick rain forest. The climb was fairly steep but quite doable. As it rained all day, we were not pleased when we found out that the campsite we had expected in Lavers Hill did not actually exist.

Fed up with being cold and wet, we treated ourselves to a night in a motel. Freddie’s dad, feeling sorry for us camping out all the time, had generously given us a treat budget to enjoy on our last few days on the road, which we spent on food, coffees and this much appreciated night in the motel. Thanks Papa!

We woke up to thick fog, drizzle, and six alpacas peering into our motel window. Raingear and lights on, we took to the road again. We had decided to go inland a little to explore the area around the village of Beech Forest. 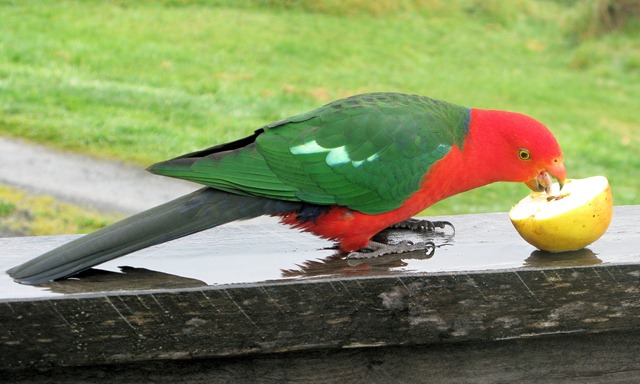 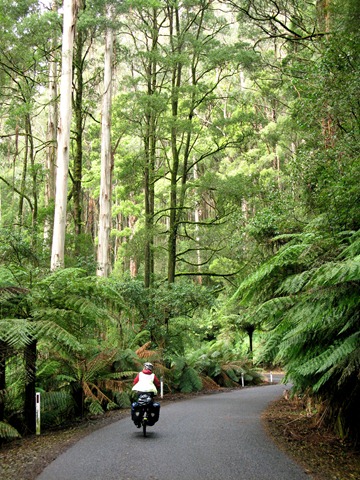 A coffee and an excellent lunch at the Ridge Cafe in Beech Forest left us refreshed as we set off towards Turtons Track. Turtons Track is a narrow logging track that had recently been sealed and meanders through thick temperate rainforest with impressively high beech trees laden with moss and ferns. It was a beautiful ride and a great alternative to the much busier Great Ocean Road section between Lavers Hill and Skenes Creek. 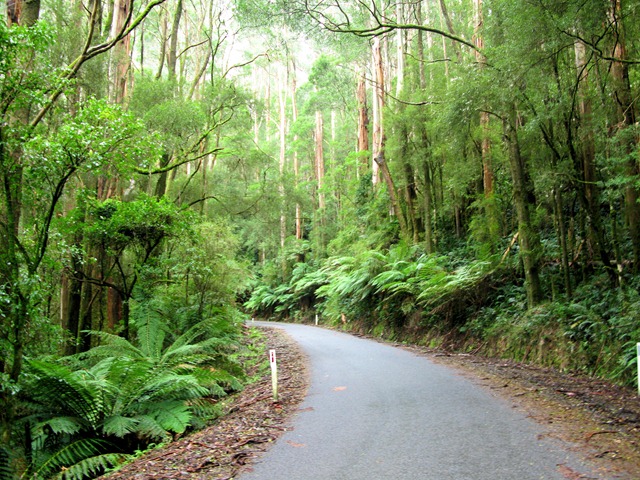 Once we left Turton’s Track we were rewarded with a magnificent 10km downhill with dramatic ocean views as we weaved our way back to the Great Ocean Road at Skenes Creek. Our final detour complete we were now within TWO DAYS strike of home; exciting but a little frightening.