Coming into Vienna we clocked 2000 km. There was a welcome sign to Vienna so we thought we would take a picture to mark the two occasions. 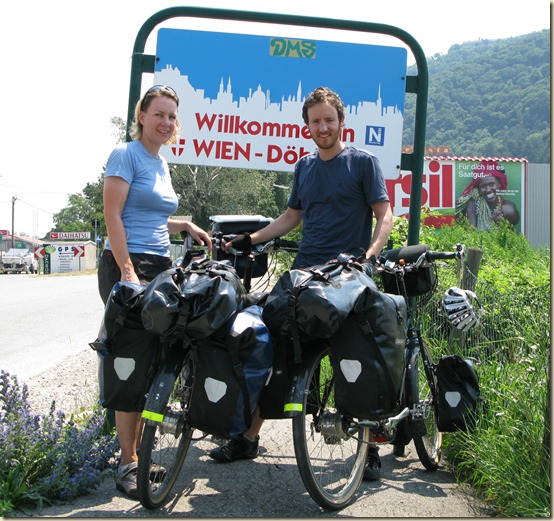 1000km ago we had just left the Black Forest before meeting up with the Danube in Ulm. Since then it has been our loyal travel companion as we cycled through beautiful river side towns of Ingolstadt, Regensburg, Passau, Linz and Krems. Castles, monasteries and beer gardens were never far from site along our dedicated cycle path. Our favourite part was from Passau to Vienna where the path continually hugs the Danube and the steep forested valleys become more dramatic.

The Wachau region stunned us with its vineyards and apricot plantations. As a fellow camper put it to us one morning as we peddled off, “well, another day in heaven awaits”. 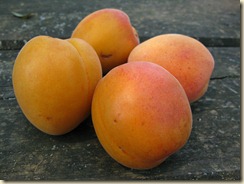 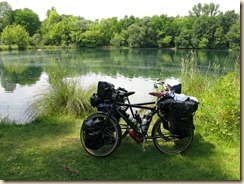 The closer we got to Vienna the more sociable it became, meeting up with many interesting travellers including a French couple on a tandem with three young children, and Jürgen and Peter from Vienna who have kindly offered to put us up for a few nights, as well as introducing us to the Austrian wine culture. 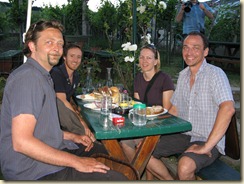 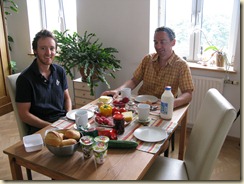 In Vienna we also met up with Freddie’s family taking in the sites including Schloss Schönbrunn, the Stephan’s Dom and the Hundertwasser house, as well as having a ride on the Ferris wheel at the Prater and just enjoying each others company. It was really good to see them again. 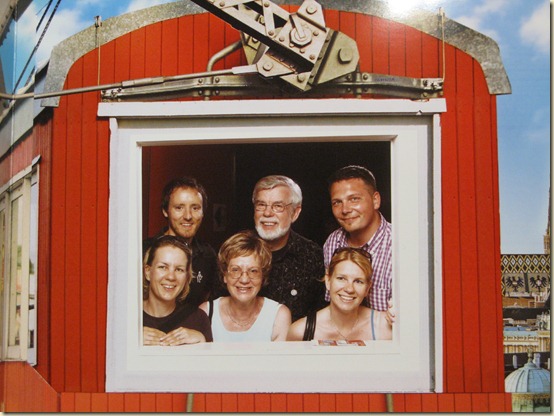 Now we are staying in Jürgen’s stylish apartment in Vienna for one more night, before heading off towards Bratislava tomorrow.